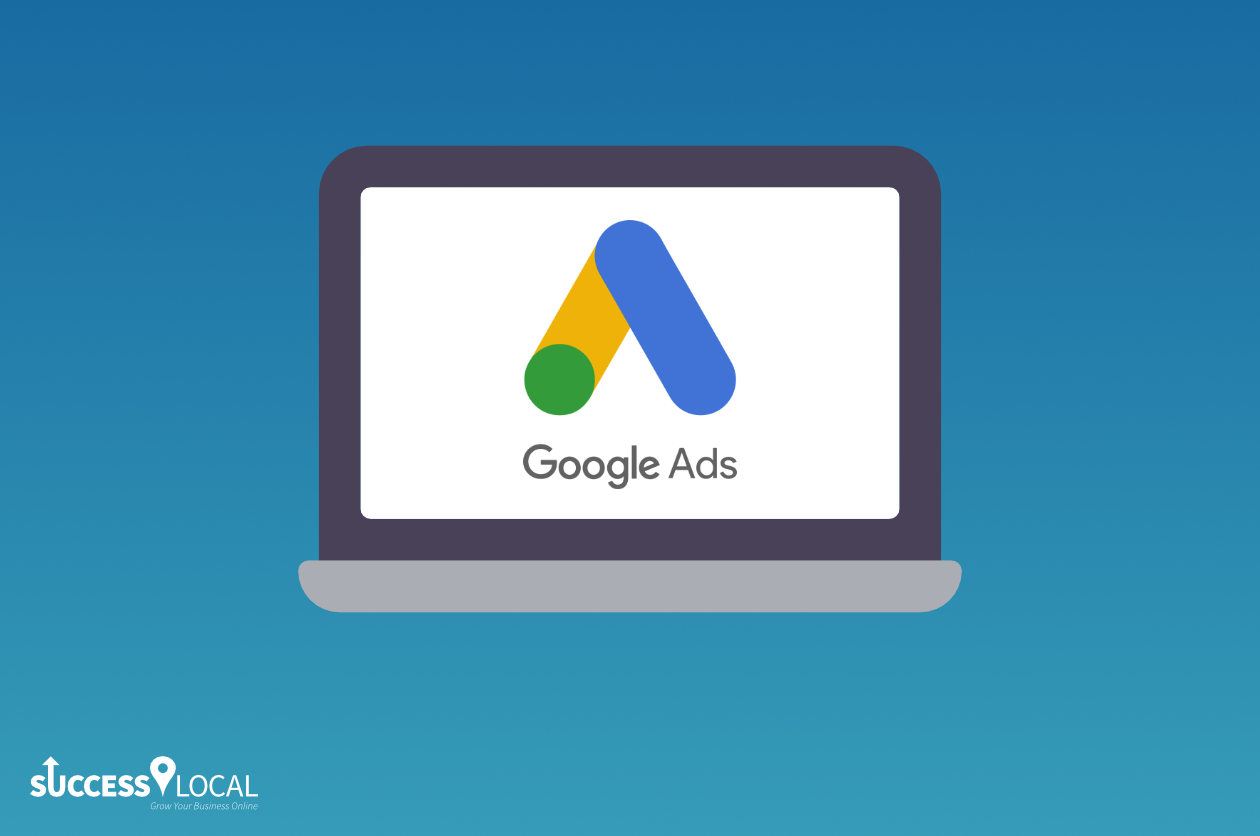 The world of paid search, pay per click (PPC) and services like Google Ads can be a confusing one – so let’s start from the very beginning. What are PPC ads, how does the Google Ads service come into this, why is it important and how could it serve the interests of a small business like yours?

Google Ads has been around for a while. It was first launched way back in October 2000, although up until July 2018, it was known as Google AdWords. The basic purpose of the service has remained the same, though – it’s an online advertising platform that enables advertisers to place brief advertisements around the Google network.

We’re sure you’ve performed plenty of Google searches in your time, and been confronted with paid listings at the top of the search engine results page (SERP) before the organic or ‘natural’ results kick in. You can identify them by the little green ‘Ad’ box next to each of these links.

Can you get your business featured here? Yes, Google Ads allows you to become one of those advertisers – as long as you’re willing to pay for it.

Google Ads Isn’t The Only Service Like This, Is It?

You’re right – it definitely isn’t. There’s an equivalent service for Google’s great rival, Bing, for example, and these services all come under the banner of ‘paid search marketing’.

Now, paid search marketing is all about allowing businesses like yours to advertise within the sponsored listings of a search engine or partner site. That might involve the advertiser paying every time someone clicks on their ad… or they may have to pay another way.

‘Paid search’, then, is a slightly broader term than pay per click (PPC). That’s because paid search marketing can also cover other types of payment model, such as CPM (cost per mile, or cost per thousand impressions) and CPA (cost per action/acquisition).

Nonetheless, PPC remains the most widely used form of paid search, to such an extent that the terms PPC and ‘paid search’ are frequently used interchangeably. PPC isn’t specific to Google Ads by any means. However, it’s the payment model that Google Ads uses, so it’s the one we’ll focus on for the remainder of this piece.

Why, Then, Should You Be Running a PPC Campaign?

Getting involved in PPC could bring a wide range of benefits to your business. And we aren’t just talking about the fact that with its hundreds of millions of unique visitors and more than 3.5 billion searches a day, Google enables you to expose your brand, products and services to the broadest possible audience.

That’s because PPC also allows you to target your ads to only those people who’re most likely to be interested in your products and services – in the process, helping you to drive more relevant traffic to your site. It makes you less dependent on search engine optimisation (SEO) and organic traffic alone, and the results are highly measurable with regard to such parameters as costs, profits, views, clicks and visits.

Oh, and there’s also naturally the fact that you’ll only need to pay anything when someone actually clicks on your ad. That makes it a very budget-friendly form of advertising, not least given that you’re able to set a maximum amount you’re willing to pay for each click, as well as a daily limit.

While almost all kinds of business could benefit from running a PPC campaign, its level of suitability for your small local firm will depend on your specific industry and goals. If, for example, you desire immediate results rather than the ‘slow burn’ effect on your traffic that SEO tends to have, or if you are seeking especially targeted traffic or promoting a time-sensitive offer, PPC could well be a great option for your organisation.

The First Steps That You Might Make With Google Ads

So, we’ve covered why Google Ads is important. Now, it’s time to delve a little deeper into how Google Ads work, especially if you’re still unsure whether it could be the right route for your own small business.

Google Keyword Planner can be a great tool to start with, to test the potential of a campaign in your specific area of interest. It’s as easy as you like to use this tool to search for keyword ideas, based on what your firm offers.

You can use it to find out, for example, the number of times people have searched for a particular keyword in the past, and how competitive the keyword is – by which we mean, how fiercely other firms are competing with each other to rank well for that keyword. This, in turn, could impact on how expensive a PPC campaign based on that keyword ends up being.


The Key Google Ads Terms That You Need To Know

To understand better how Google Ads work, you’ll need to get to grips with the following concepts:

Then, It’s Time To Get Your PPC Campaign Underway In Earnest

So, now that you are broadly familiar with how Google Ads work, why not set up your Google Ads account? You can do this by first heading to the Google Ads homepage and clicking the ‘Start now’ button, using your existing Google Account if you have one, or creating a new one if necessary.

You’ll then be able to get on with setting up your first campaign, including deciding how much you’re prepared to spend, determining the audience that you wish to target, setting your bid and writing your ad. Finally, it’ll be time to set up billing and start advertising.

As for where you can display your ad, you will have a choice between the Google Search Network, Display Network or both. The former shows your ads next to search results on Google search sites and non-Google search partner sites, whereas the latter displays your ads selectively on websites and other placements, such as apps and videos.

We’ve touched above on the subject of keywords, which are the terms you can choose to target with your campaigns due to your target customers being likely to use those terms. You’ll, therefore, need to carefully optimise the keywords that you use for your ads, much as is the case when you’re selecting keywords for use in an organic SEO campaign.

It’s also useful to know the difference between individual ads and ad groups. An ad group contains one or more ads that share similar targets, so you might find ad groups useful when you wish to organise your ads by common themes. You may, for instance, decide to base your ad groups on the product or service categories that appear on your business’s website. It will be up to you to set the bid, or price, that you are willing to pay when the given ad group’s keywords trigger the appearance of an ad.


Are Google Ads Worth It For Small Business?

The short answer is: yes, they certainly can be. However, much naturally depends on careful consideration of your organisation’s industry and objectives for a PPC campaign, as well as your willingness to pay the necessary cost and last the distance of an effective campaign.

After all, the work of running a PPC campaign on Google Ads doesn’t stop after the campaign has been set up. It will require constant optimisation, informed by the data that you accumulate through the tracking process.

Would you like to find out more about the steps your firm can take right now to start getting the best out of Google Ads? If so, call 01788 288 800 today to get talking to or team and don’t forget to follow our Marketing Mondays series for more hints and tips on paid advertising.