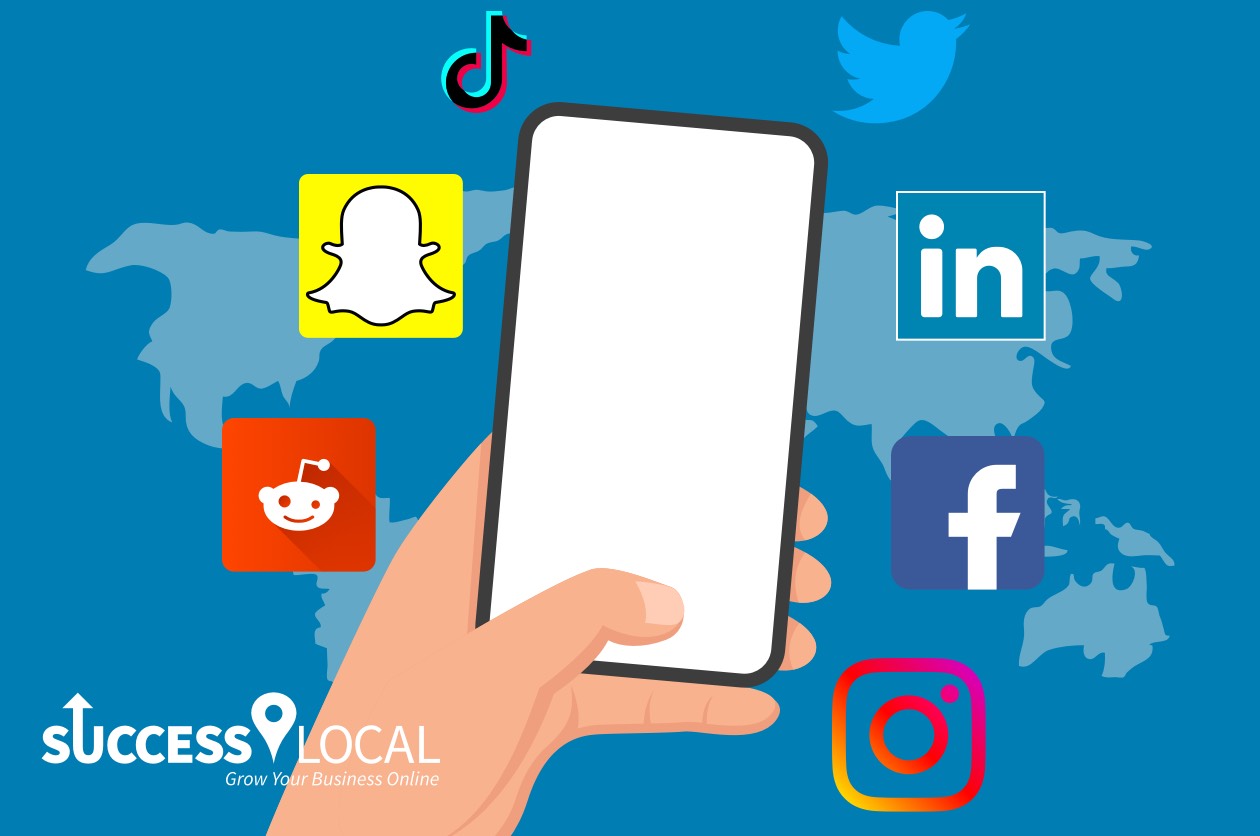 Social media has taken over the world, with it becoming a daily routine for most people. It’s actually quite hard to find someone who isn’t on some form of social media. You’ll also find that there are platforms that are popular with different demographics. Keeping up with all the new social media platforms can be difficult which is why we’ve created this guide on the main platforms, how they work and what types of people most commonly use them.

The king of social media, Facebook boasts more than 2.9 billion active users across the world. While Facebook has been having a tough time of it lately with accusations of not doing enough to clear up misinformation and fake news, the platform is still the most used platform around the world. Facebook used to be predominantly used by teenagers and young adults but over the years, the user base has shifted to adults and middle-aged users. Younger social media users have moved to other social networks such as Instagram, Twitter and others.

Facebook provides users with the opportunity to post videos, pictures and statuses on their account which in turn allows their family and friends to see what they’re up to. Beyond this, Facebook has its own private messenger that users can use for one to one and group chats. People can also set up groups and pages on the platform to reach an audience beyond their friendship groups. Being one of the first to market has helped Facebook to grow into the biggest social media platform and the recent purchases of Instagram and WhatsApp ensure that it will continue to dominate the market for years to come.

One of the main alternatives to Facebook is Twitter. With a slightly younger demographic using the platform, Twitter is a more fast-paced social media platform. Users create tweets which are limited to 280 characters which provide views, opinions and updates on their life or popular subjects and current events. When signing up for an account, users aren’t required to use their real name which gives them more anonymity on the platform. This is great for those looking to create positive discussions around difficult or controversial topics although it can lead to more vicious hate speech when users know there are no real-world repercussions.

Within Twitter, users can tweet other users or comment on other tweets. You have the facility to post all sorts of content, from plain text to links, images, videos, gifs and more. Interestingly, tweets which include gifs get 55% more engagement than those who don’t. There is also a dedicated new section on Twitter which fact checks influential people to help prevent the spread of fake news.

Bought by Facebook for $1billion in 2012, Instagram remains one of the largest and most commonly used social media platforms. Originally designed for users to share photos with one another, Instagram now has features that allow for video sharing, story creation (a group of videos and pictures) and it’s own direct messaging service. Primarily used by millennials and younger generations, some users have commented on its effect on mental health.

Whilst it does provide a platform to catch up with what friends and family are up to, it can leave users feeling depressed or as though they are missing out (FOMO). Influencers and other users are known to show off their best images and photos which can lead to users feeling as though their life isn’t good enough in comparison. Of course, what users don’t see, is the bad days that these people, who run the accounts, have as they aren’t always shared on the platform.

Originating from China, TikTok is a platform that allows users to share short videos. With over one billion downloads in its first year, it quickly became a major competitor to Facebook, Twitter and Instagram. Similar to what Vine used to be, it differentiates itself from YouTube by capping videos at a maximum length of 60 seconds. Its popularity has seen many influencers and celebrities use it in order to boost their own profile, with over 50% of the global audience consisting of people under the age of 34. The future of TikTok remains to be seen as it is currently banned in countries such as India and is the subject of investigations from the US government, who are concerned about its links to the Chinese government.

LinkedIn is a social media network for professionals. Launched in May 2003, it’s primarily used to connect with fellow professionals, recruiters and to showcase your professional and educational experience. By showcasing your C.V. in a profile format, recruiters and businesses can view your profile, increasing your job prospects and profile within your industry. Whether you’re looking for a new job or recruiting for a new job, LinkedIn has specific job searches and posts that enable finding your next job, or next candidate, a whole lot easier.

Much like other platforms, you’re able to post text, images and videos to your followers. What tends to differ on LinkedIn, is the content contained within these. As a professional platform, you’re less likely to see memes, personal photos and celebrity culture posts. On the other hand, you’re more likely to see information relating to current affairs, industry updates and people’s job statuses. It’s unlikely you’ll find many teenagers or younger on the platform and in recent years, the main spike in new profiles has come postgraduates.

Also known as the front page of the internet, Reddit is a social media platform that differs from the rest. Content is submitted into specific groups that discuss a particular topic. These “subreddits” are controlled by moderators who ensure posts are relevant to the topic. They’re also there to clamp down on any harassment or bullying within the platform. When users set up a profile, it is very rare for them to use their real name, and because of this, they have a good degree of anonymity. Controversial topics, replies to other users and general inappropriate posts have all been a problem for Reddit over the years, which is why it’s important that the site has active moderators.

Within the platform, users have the opportunity to upvote or downvote other user’s posts which increase the visibility of the most popular ones. Users can also follow specific subreddits so that any new posts appear in their personal news feed. The news feed in the platform itself has also been known to break some of the latest global news before major new outlets. You do, however, have to watch out for fake news, something we’ll probably hear mentioned a lot during Donald’s re-election campaign.

Snapchat is one of the newer social media platforms whose demographic consists of, primarily, 13-24 year-olds. Used as a video and photo-sharing platform, users can set time limits on their “snaps” so recipients don’t have the luxury of reviewing the media over and over again. With creative filters and group sending options, Snapchat focuses on camera pictures and videos without any computer editing. Like Instagram, it gives users the option to create a 24-hour story, composed of videos and photos, on their profile. However, there are no posts that last beyond this time…unless someone screenshots your snap!

These are the main social media networks which are used by millions (sometimes billions) of people across the world. It’s always good to have an understanding of each major social platform, especially when it comes to marketing your business. For instance advertising to an older demographic on Snapchat is likely to have little effect but utilising LinkedIn might be perfect if you’re providing a B2B service. If you’d like to find out more about social media marketing, please feel free to get in touch.