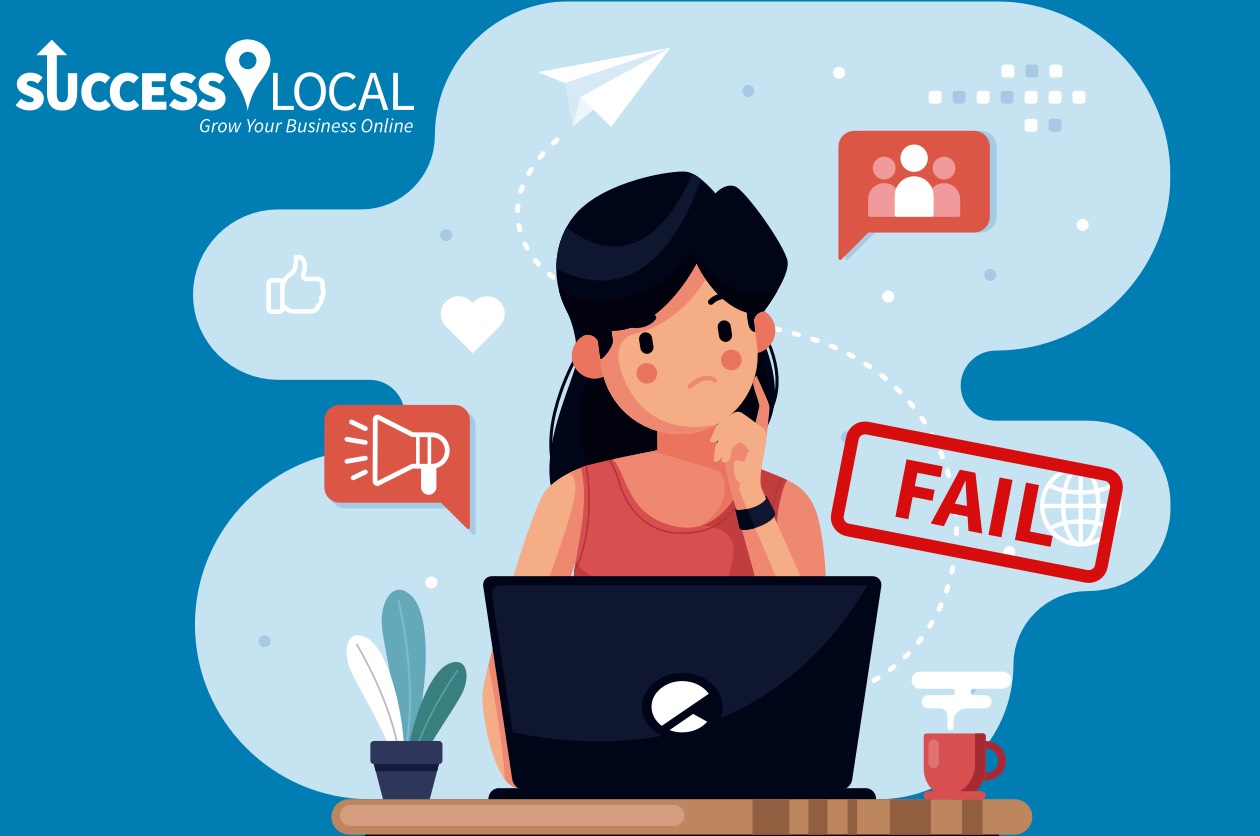 We all make mistakes on our social profiles. Whether it’s an accidental like on an exes post, an unfortunate spelling error in a tweet or sharing a badly edited photo of our “best self” on the gram. But when does a social media mistake become an all out fail? Here are some of the fails from big brands and a hugely successful pop group.

Whether it’s a national holiday, a religious holiday or a specifically titled day, there are enough special events to keep your social media team on their toes. Our favourite ones, beyond the typical holidays, have to be any that involve food such as doughnut day (FYI next year it’s on Friday 4th June). While you can be forgiven for making a mistake on a lesser known holiday, getting your national flag wrong when discussing a national holiday is a little bit embarrassing. 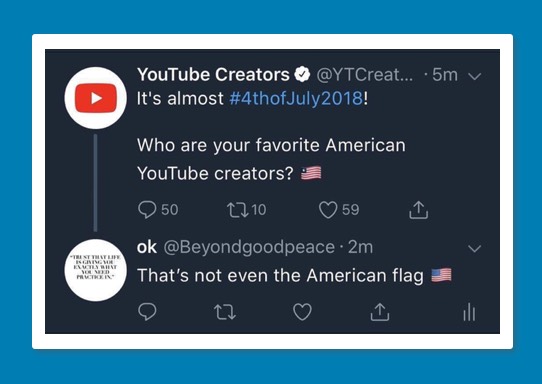 Our first social media fail comes courtesy of U.S. giants, YouTube, who incorrectly tweeted the Liberian flag when mentioning Independence Day. Not only was this tweet posted to their followers but they were quickly corrected by a number of observant people! It’s proof that even the biggest platforms can struggle to deliver the perfect tweet.

Wendys – Got any memes?

Who doesn’t love a good meme? From the “Most Interesting Man” to “Success Kid”, there are some that are universally recognised and used. However, when using a meme it’s important to understand it’s context and how it’s considered by the wider public. Wendy’s, one of America’s largest fast-food chains, found out the consequences of sharing a meme without fully understanding its meaning.

Historically they’ve been appreciated for their quick-witted Twitter responses, Wendy’s has been known to “take on” other fast food brands within the realms of social media. From calling out McDonald’s for using frozen beef to feeling sorry for those that eat at Burger King, their social team rarely got it wrong in the eyes of their followers. That’s until they posted a meme of Pepe the Frog which had recently been used as a symbol for anti-semitism across social media. 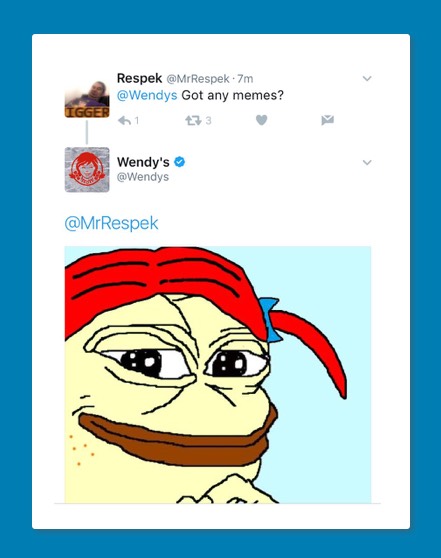 Quick to realise their error, Wendy’s removed the image and clarified that the person posting was unaware of the meme’s offensiveness. Unfortunately, the internet never forgets and this sort of error goes down in internet history. A lesson to all to be careful about what you post.

From sharing your new tattoo on Twitter that says Japanese BBQ (here’s looking at you Ariana) to tweeting support for Microsoft products from an iPad (Oprah), we all love a celebrity social media fail. One of our favourites comes from pop sensations Little Mix. 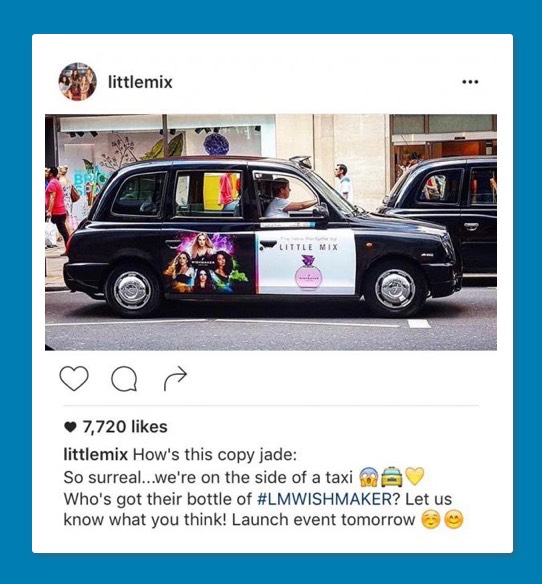 Whilst promoting their Wishmaker perfume on the side of a black cab, they decided to share a picture to all of their Instagram followers. Although there’s nothing wrong with the picture they shared, they forgot to remove part of the text that was sent across by their social media manager. It may not be the biggest error made on social media but it’s a definite reminder to check your post before releasing it to your audience. 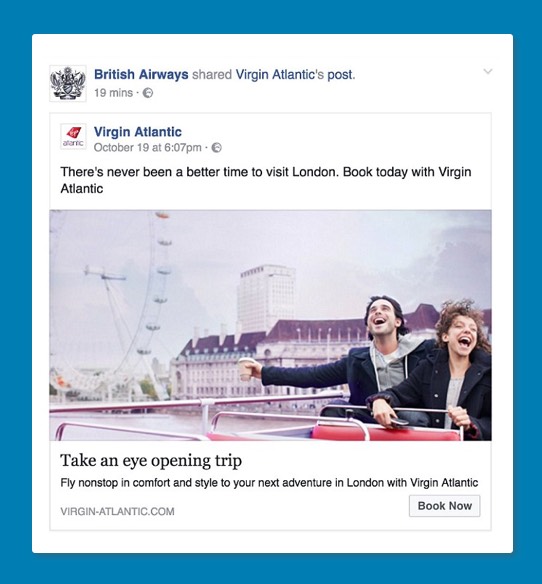 To add insult to injury, Virgin Atlantic, who the post related to, jumped on the bandwagon by applauding the post and using hashtags to show their approval. The additional media attention and audience to see the post was a potential disaster for BA. At the time they had a 2.5 million following compared to 510,000 for Virgin Atlantic. Hopefully, British Airways have learnt that you can overshare on social media.

There’s a fine line between good marketing and insensitive tweeting. When Cinnabon first tweeted about Carrie Fisher it was well-received by their Twitter audience. Complimenting their baking and her famous hair buns from the Star Wars franchise, it went done as a solid piece of marketing. It was also sent several months before she sadly passed away. 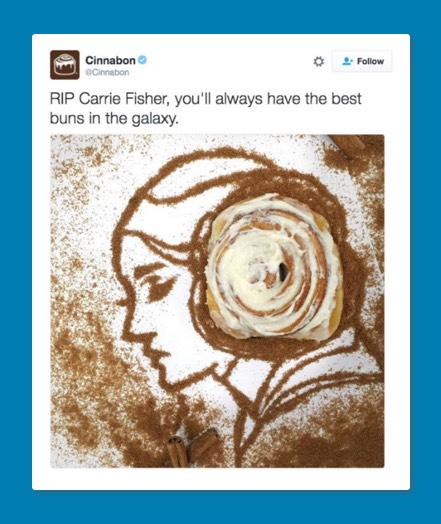 However, after her passing, they tweeted the same image captioned with “RIP Carrie Fisher, you’ll always have the best buns in the galaxy”. Deemed insensitive by their followers, Cinnabon received a huge backlash as they appeared to use her death to promote their products. Like most things in life, there’s a time and a place. In this instance, Cinnabon’s timing couldn’t be worse.

Snapchat – Would You Rather?

Used by millions of people around the world, Snapchat is still one of the biggest social media platforms in the world. Like Facebook and Twitter, the majority of their income comes from selling advertising space. With so much media and political attention relating to the filtering of inappropriate or illegal adverts on these platforms, you would have thought Snapchat had a strict reviewing process. 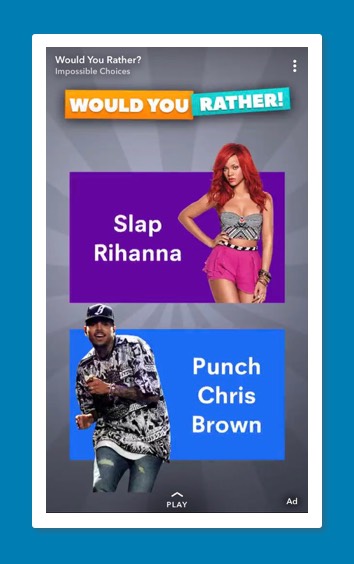 Even with a strict reviewing process, some ads can slip through the net. Back in 2009, Rihanna was assaulted by her then partner, Chris Brown. This infamous domestic abuse case caught media attention around the world and in 2018, it became the centre of more attention due to an advert on Snapchat. Attempting to use the popular game “Would You Rather…”, a third party advertiser asked whether you would rather slap Rihanna or punch Chris Brown. The backlash to this ad ended up wiping $800million from Snapchat’s value. If Snapchat had been more vigilant, it might have helped prevent one of the most expensive social media fails in history.

Whether you’ve got a large popular following or a loyal niche one, there are certain things all brands can do to avoid the next big social media fail. If you’re posting a meme or using content (including images) from a third party, you want to make sure they’re not offensive. In the same light, using celebrities and icons in your posts isn’t necessarily a bad thing but featuring sensitive subjects relating to them is. While your social media channel might not have the same sort of following as a global brand, any following you do have could be put off by a negative or controversial post. The mistakes featured are a lesson to us all, that even if we think it’s a good post, sometimes you need a second set of eyes to check over it before you release it into the realm of social media.